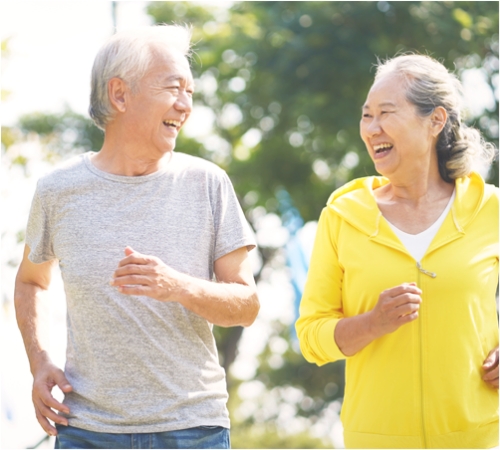 It is obvious that Japan's economic growth bottleneck is the structural problem of population decline, declining birthrate and aging population, and the accompanying decrease in the working-age population (population aged 15 to 64, labor force). With these issues, "increase in quantity" by increasing the number of workers and employment rate and "improvement in quality" by improving productivity are both considered important in order to minimize the impact of labor force decline on economic growth. One of the most likely growth potentials for volume is the participation of older people in the labor market.

As the working-age population continues to decline, the number of workers is expected to be dropped sharply from

- Declining birthrate and aging population in Japan: "Declining birthrate" in which the birth rate decreases and the proportion of children decreases. "Aging population" in which the elderly population aged 65 and over increases and the aging rate increases. Both are in progress in parallel in Japan. Aging rate in Japan, which was less than 5% in 1950, rose sharply to 26.7% in 2015, and in the future it would be 39.9% in 2060 which means that 1 out of 2.5 of the total population would be aged 65 and over. It is expected to become a super-aging society.

In order to mitigate the impact of labor force decrease on economic growth due to declining birthrate and aging population and total population downtrend, it is often referred that it is important to "increase quantity" by increasing labor force participation rate and "improve quality" by improving productivity.

"Work-Life Balance (harmony between work and life)" would be inevitable for "improvement of quality". It is important for all men and women of all ages to be able to develop various activities such as work, family life, community life, and personal self-development in the balance they desire. In 2007, the government published both "Work-Life Balance Charter" and "Action Guidelines for Promoting Work-Life Balance". The charter states that a society, where work and life are in harmony, is "Each citizen works with a sense of satisfaction and fulfillment, achieves personal work goals, at home and in the community, at each stage of life such as parenting period and middle/senior ages". It is also said that "a society where various ways of life can be selected and realized according to the needs". Similarly, "improving quality" would require "innovation". "Innovation" would not be limited to technological innovation, but it could create new value and bring major social changes by incorporating new ideas/approaches that are completely different from the past. To this end, it would be no exaggeration to say that the conventional ideas and efforts that are an extension of the system are not sufficient, and that it is most important to create an environment in which the abilities of the underlying people can be maximized.

02 Compliance in the pharmaceutical business 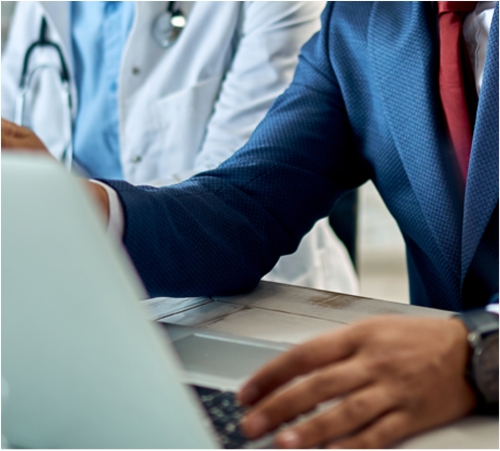 Through the process of prescription, medicines have a great impact on the daily lives of patients and their families. Also, the pharmaceuticals run their business in which taxes are injected through the drug price system. It is natural that compliant activities (mind-set, understanding, execution) are requested for them.

Compliance in the pharmaceutical business is not limited to being legally compliant, but there are many things that should be understood clearly at providing information. They include the industry standards and the promotional information provision guidelines by MHLW etc. If there are concerns in daily activities, it should be clarified with the rules before taking actions. Concerns, which is felt by MR/Manager etc. for their promotional activities, are often resolved among superiors, supervisors, direct reports and colleagues through information sharing, reporting, communication. With said that, many companies would have dedicated departments/ members for compliance who know the standards etc. in depth so that they provide consultation/advices to business concerns.

These compliance related departments/members would be regarded as specialists. Since the environment of pharmaceutical business has been changing drastically in recent years (i.e., huge investment < time, money > on new drug development, decrease of # of approved medicines, impact on the management due to frequency of NHI price revision etc.), it would be true that it is getting harder to assign specialists with experience in compliance, updated information and expertise and being capable of risk management/communication and even train them to be a specialist. It would also be true that in many cases, those who have experience in sales and possibly working as managers are trained and assigned as compliance specialists. There might be opportunities in cost structure (labor costs/fixed cost) and in knowledge management when those skilled elder workers retire (ease to lose their know-how).

- Characteristics of Japanese-style employment practices: Japanese-style employment is said to be "membership type." A typical form of large companies is the employment practice of company decided job assignment (i.e. unlimited) and places of work assuming long-term employment and seniority wages. Wages are determined based on years of service and ability, and there are regular wage increases. Even if the work is disappeared due to business withdrawal etc., the employment is likely to be kept with potential reassignment. On the other hand, European/American (also Asian countries) employment practice is called "job type". In this practice, what and where employees do are limited in principle, wages are determined by each job, and there is no regular salary increase. If the job disappears, it is easy to be dismissed with financial compensation. Japanese style employment (membership type) would be a more suitable practice for the middle/old aged employees who would have more spending opportunities. Also, it is regarded as a merit that employment is maintained even if their job roles disappear.

We will propose what we can do through the compliance related operations in the pharmaceutical business under the declining birthrate and aging population. In other words, providing a more flexible cost model (fixed cost → variable cost), high-quality services in a centralized way and with more competitive price to the companies. Also, for experienced and specialized veterans, we will make them feel "Enrich a life". When they want, they can do what they want with motivation.